What is Smokeless Coal? - Explained.

JOIN THE VIP CLUB & RECEIVE DISCOUNTS BEFORE ANYONE ELSE.

What is Smokeless Coal?

Smokeless Coal is an alternative fuel to traditional House Coal. As more and more areas become ‘Smoke Control Areas’, there has been a huge wave of people switching to smokeless coal.

Smokeless Coal has an anthracite base which is the type of coal formation that’s aged longer than almost any other! This type of coal has a very high proportion of carbon (around 97%), but, none of the volatile materials, which results in a fuel that doesn’t give off thick smoke when burnt.

Why Use Smokeless Coal?

Smokeless Coals are being used more and more as we move towards a greener way of living. One of the big disadvantages of using traditional coal is the billowing smoke that would fill the surrounding area. Smokeless Coals produce up to 80% LESS smoke and up to 40% LESS CO2 when burnt, that’s pretty staggering, isn’t it?

Smokeless Coals don’t give off thick smoke when they’re burned, they boast an attractive flame, that burns at high temperatures and offers the same (and sometimes better) performance than traditional house coal. 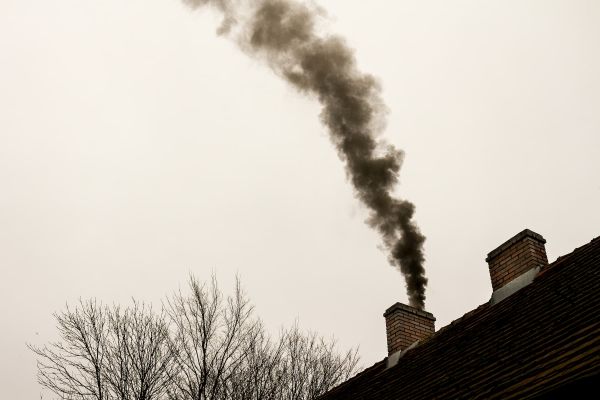 Picture of a chimney in winter, billowing smoke from the use of traditional house coal.

Smokeless Fuels are better for your wallet, long-term. Whilst you may pay slightly more, off the bat, the benefits can pay for themselves. Whilst providing you with a good conscience for using a house fuel that's better for the environment, Smokeless Fuels also last a hell of a lot longer whilst giving off a higher heat output than traditional coal.

Fine! Where do I buy some?

Thanks for taking the time to read our article on Smokeless Coal, we hope you have been provided with some new insightful information! We have a range of Smokeless Fuels, from Economy Fuels to Premium Fuels, we will deliver them directy to you!

SAVING YOU MORE THIS WINTER.

JOIN THE VIP CLUB & RECEIVE DISCOUNTS BEFORE ANYONE ELSE.